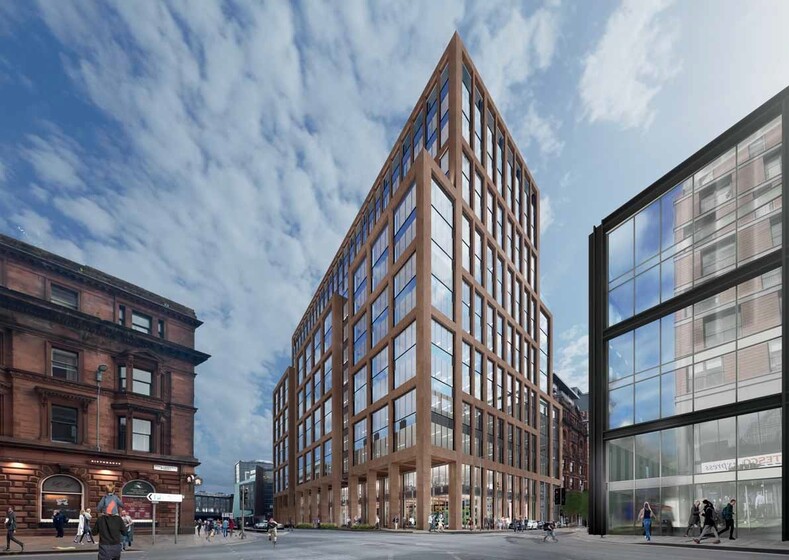 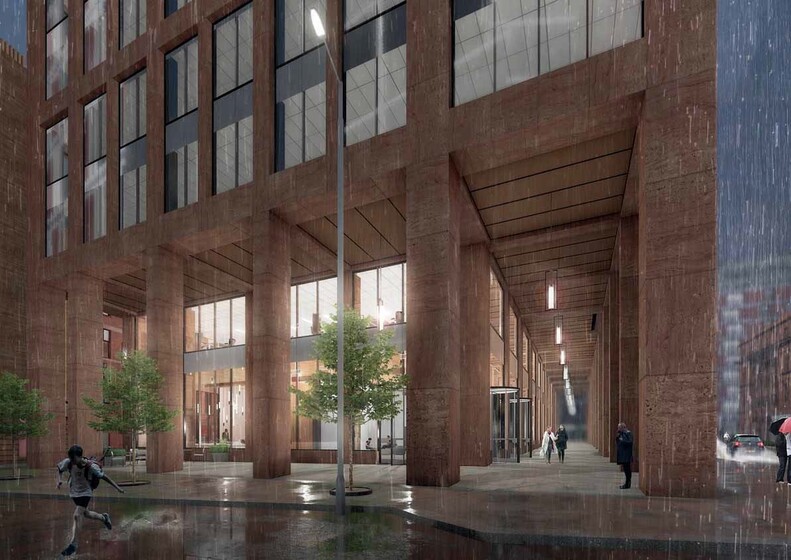 Osborne & Co has acquired a 0.79-acre site on the south side of Argyle Street and bounded by Robertson Street and York Street. The development will be the new home of JP Morgan Chase & Co in Glasgow housing 2700 staff and act as one of their major technology hubs, revitalising a key site which has lain derelict for nearly two decades.

The 270,000-square-foot development will be one of the first constructed under Planning Policy CDP 5 (Resource Efficiency) of the Glasgow City Development Plan, which sets energy efficiency and CO2 emission performance standards and goes further than other U.K. cities.

The building is targeting BREEAM Excellent and WELL Gold certification. To achieve this, it will include a number of sustainability-focussed features including efficient LED lights, responsibly sourced materials and minimised water consumption.

A five-storey urban “Street Wall” element is proposed to ground the building in the immediate Argyle Street context and to form an appropriate response to the adjacent urban scale and context. Key urban datums and expression lines are maintained at this level.

The upper floors of the proposed development are set back from the “Street Wall” element below and expressed as two slender tower elements which extend to 14 storeys above ground level.

The proposed architectural aesthetic and language for the development references Glasgow’s rich heritage of industrial and engineering structures in a bold contemporary architectural language. The rich language of expressed structure evident in many of the City’s railway structures and industrial forms and indeed the adjacent Central Station Engine Hall has been referenced in the proposed “Street Wall” to Argyle Street. A distinct and expressed illuminated “crown” is proposed at the top of the towers which contain both internal external communal spaces and terraces. In total the development and its associated activity and illumination will make a positive contribution to the wellbeing and security of pedestrians on this portion of Argyle Street.