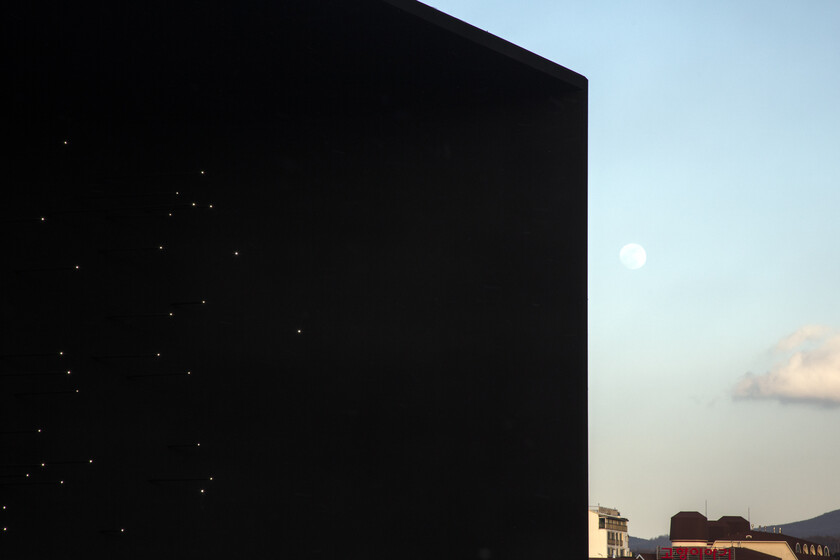 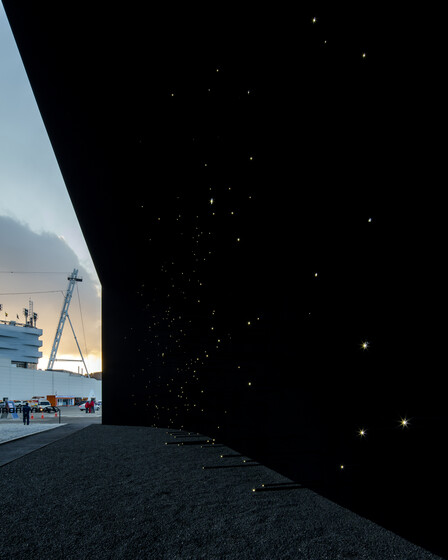 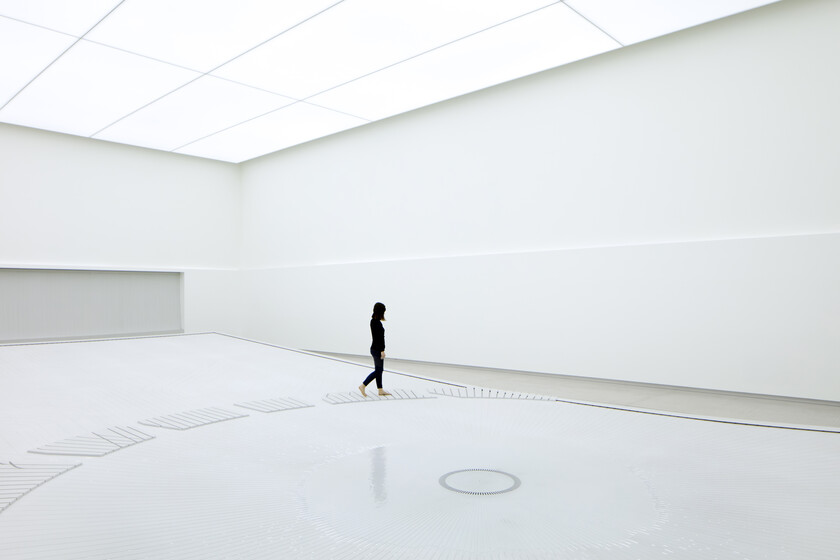 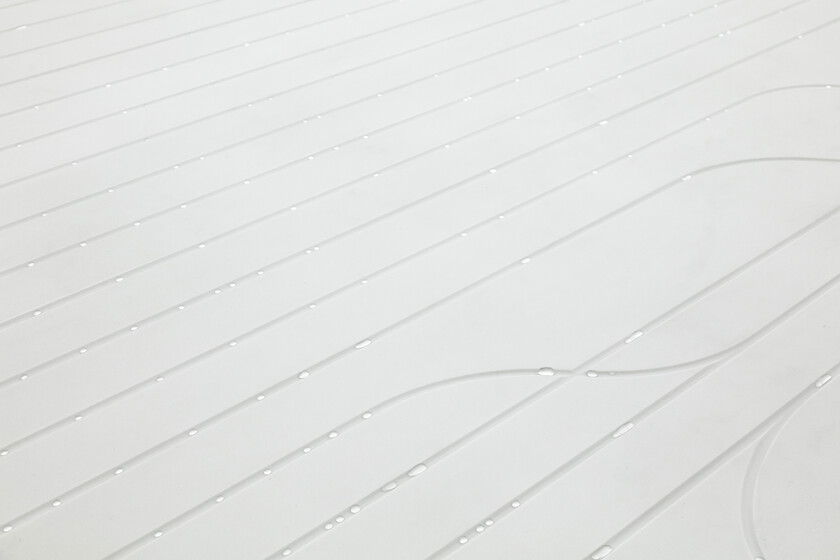 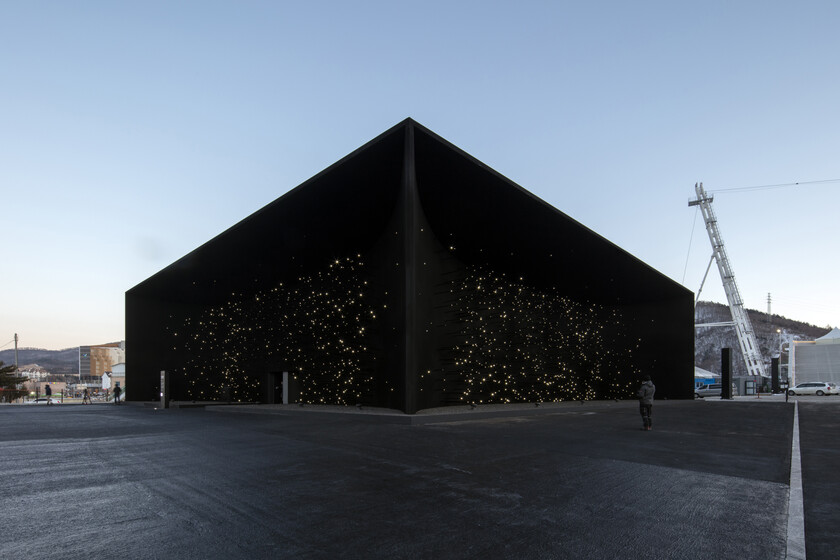 The parabolic facades of the Hyundai Pavilion may tempt visitors towards hyperbole – the pavilion is described as “the darkest building on earth”. The facades are coated in Vantablack VBx2; this combined with the shape of the structure, gives the impression that the pavilion is a window to outer space floating on the snow of the PyeongChang 2018 Winter Olympics. Not a hyperbole at all, the Vantablack material absorbs 99% of the light that hits its surface. Thousands of LEDs stud the facades – stars floating in a void.

The shape of the pavilion is key to the illusion, the curves are self-shading and prevent sunlight from hitting the facades directly. Any light that does reach the surface is absorbed by the Vantablack, rendering the pavilion two-dimensional in appearance. We tested the luminance on the architects’ small-scale mock-up to define at what point the rods that support the stars would become visible. We used this to select the LED lights and inform the façade modelling undertaken by our environmental designers.

Atelier Ten worked with Asif Khan to optimise the building’s orientation, shape and form, to maintain the illusion of a “flat” façade. We ran simulations to test this with snow covered ground, with direct sun and overcast sky. The relative positions of the LED lights, mounting rods and the observer are important factors in simulating a window into deep space, so we took this into account in our parametric luminance analyses.

Each LED is set back into its support rod, to avoid spilling light onto the façade. The recessed LEDs also give the impression that the stars change in brightness as the observer moves, adding to the parallax effect.

In contrast, the interior is bright white and houses a hydrophobic installation. Visitors set of a chain reaction causing water droplets on the floor to collide, join and split, building into a lake in the centre of the pavilion. Our engineers designed the heating system to combat the freezing temperatures outside and high foot traffic this is sure to attract. Our lighting designers proposed a solution that reflects light in the water droplets, so they appear to be lit from within. The white backlit ceiling is a perfect foil to the darkness of the external façade.