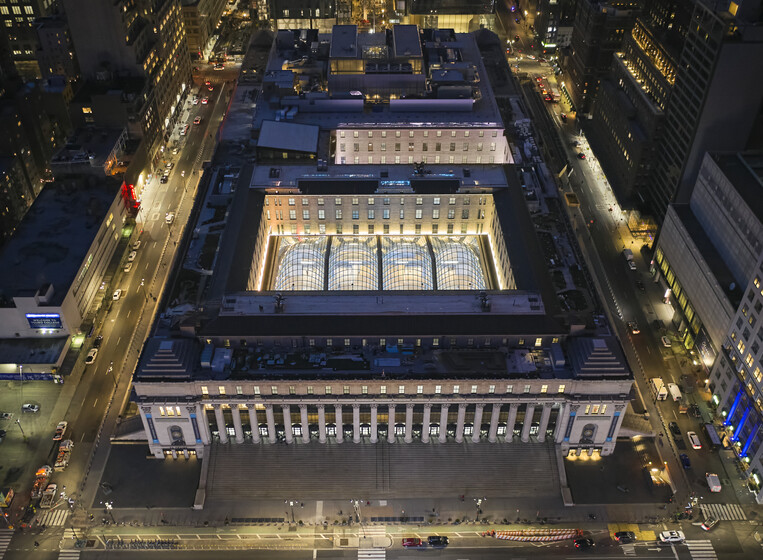 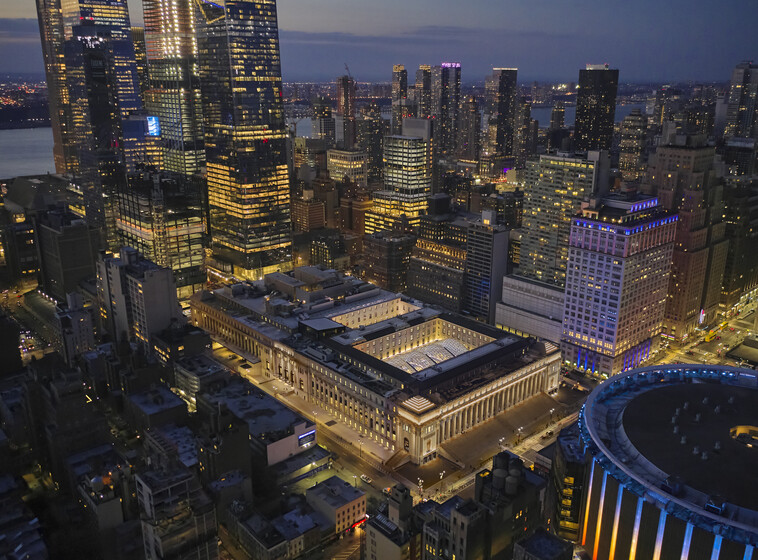 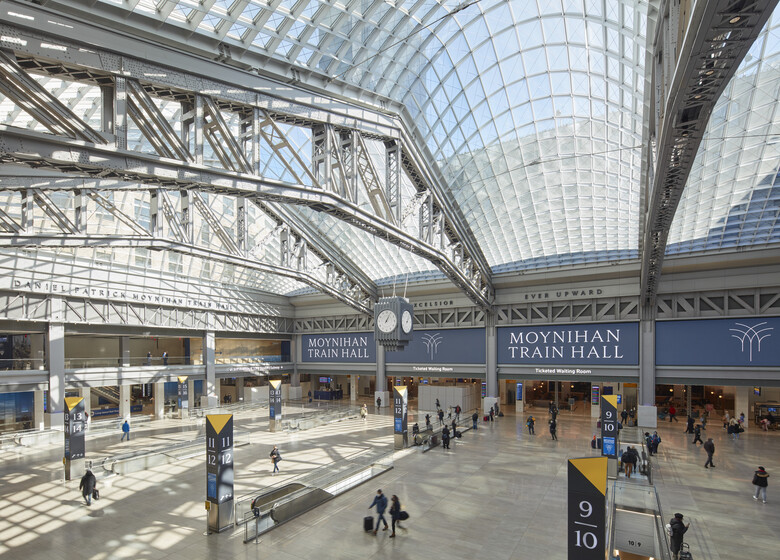 The expansion of Penn Station into the existing James A Farley Building is a mixed-use development consisting of Moynihan Train Hall, private office space, and a retail concourse. The renovated Farley Building is a registered historic building in a dense urban setting. Despite these limitations, Atelier Ten applied a sustainability strategy to pursue the targeted LEED Core and Shell rating for office tenant spaces.

Atelier Ten focused on advising how this complex, landmarked building could demonstrate its high energy performance through the use of whole building energy modeling. As a result of this analysis and subsequent studies on mechanical systems improvements, the building became eligible for LEED certification.

Atelier Ten is currently leading the Moynihan Train Hall’s certification efforts targeting a Gold rating for the upper levels. The analysis from the energy model will also be applied to support the building’s pursuit of an additional Pilot LEED for Transit certification for the lower levels.