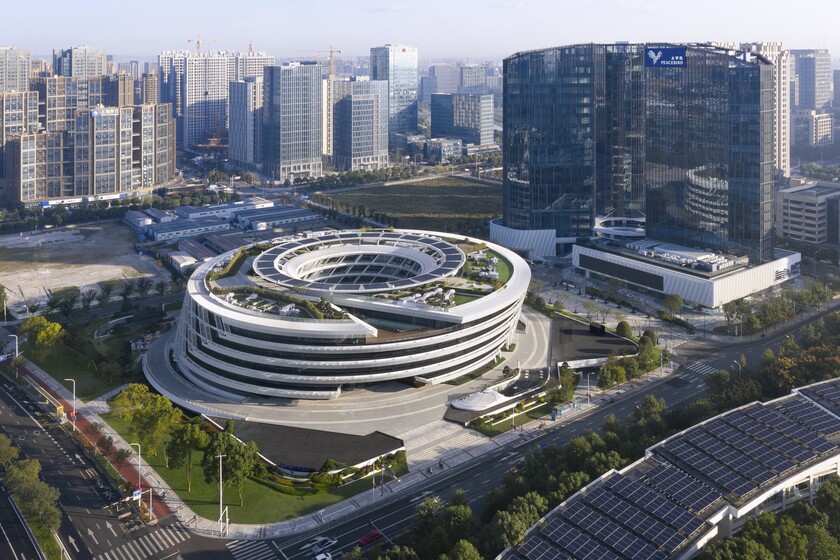 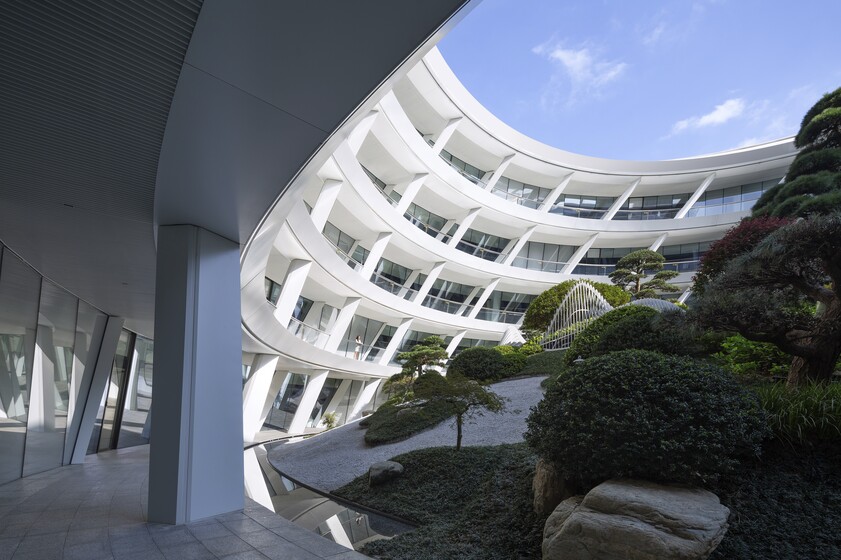 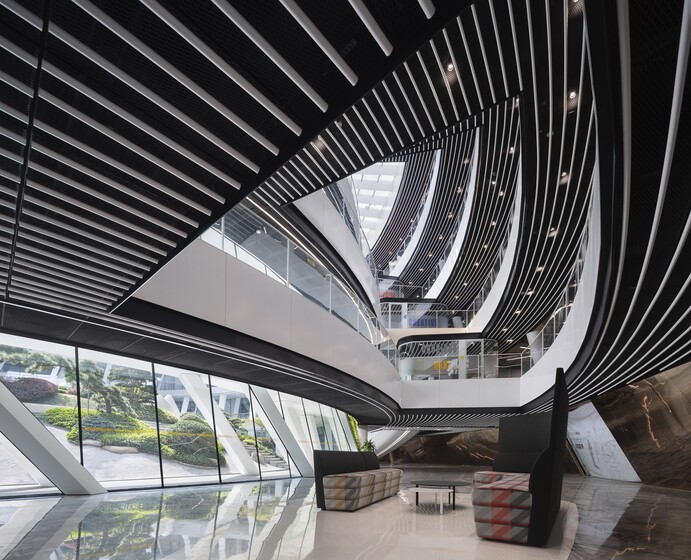 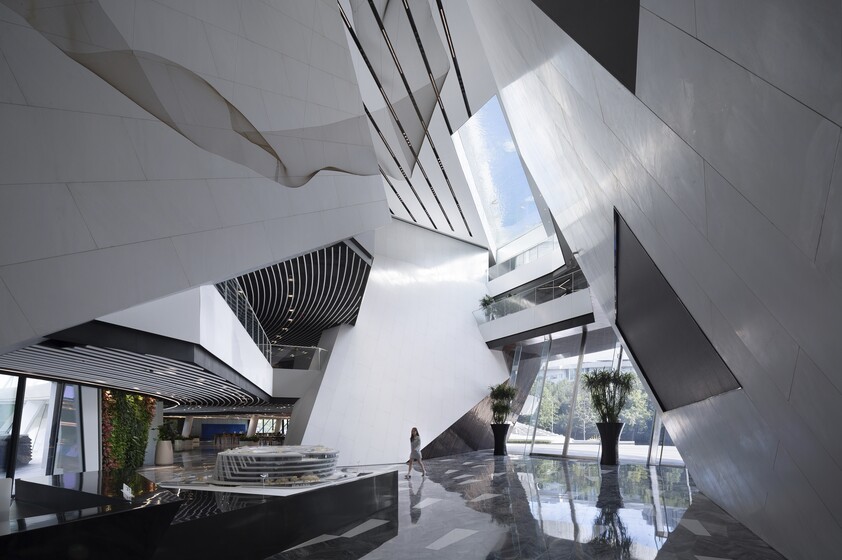 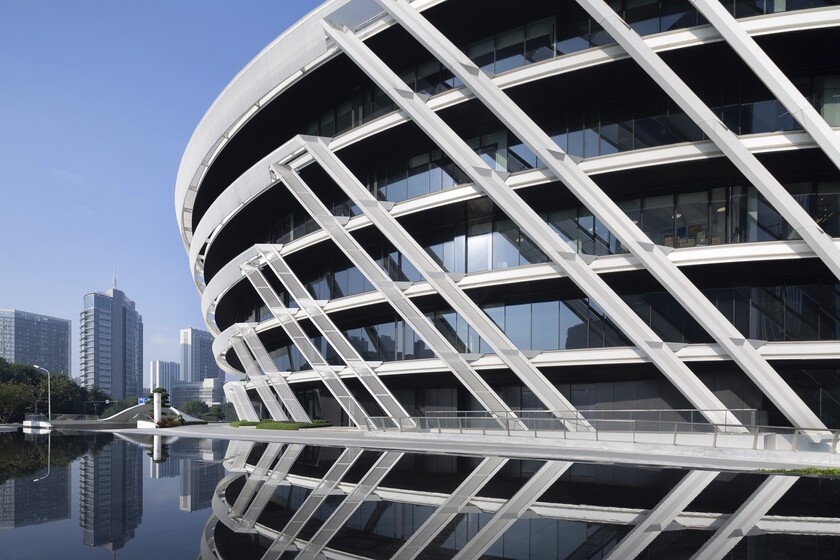 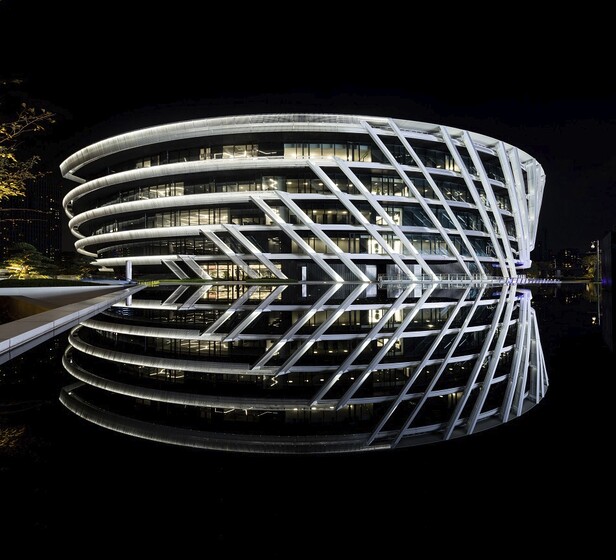 Peacebird is a major fashion design/manufacturing company based in Ningbo, China to the south of Shanghai. The design brief was to create a new headquarters building on a land zone allocated by the Government of Ningbo for business and industry. The building places a new ‘iconic’ form on the Ningbo Skyline and celebrates the company values and ideology with an intrinsic link to contemporary Chinese culture.

The project is an exemplar building in the region and world markets. As such, the building was designed to respond at every level to both the local and wider environment.

As a circular building, the façade has elements that are constantly orientated towards the sun and thus are affected by solar gain at various times of the day throughout the year. Extensive solar insolation and daylighting analysis was carried out to identify distinct regions of each façade and specific fenestration and shading requirements within these bands of façade.

Comprehensive mixed-mode ventilation strategies were developed to ensure that air-conditioning is only used if absolutely necessary. The air conditioning itself consists of VAV FCU for the office area and displacement ventilation for the basement areas. Fresh air intake for the basement ventilation is brought in via a ground buried earth duct system where air intake is pre-conditioned by the stable ground conditions, further reducing air-conditioning energy consumption. Building integrated photovoltaic panels on the roof are utilised directly by electric car and bike charging points.