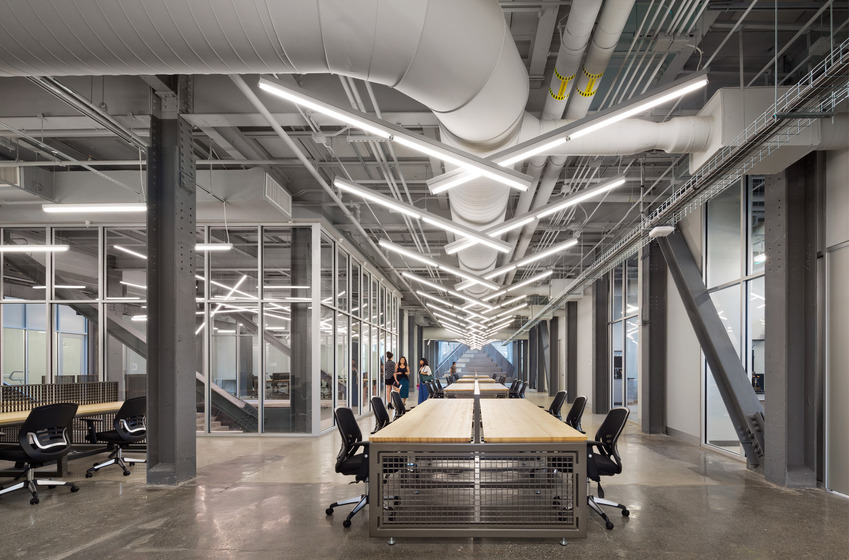 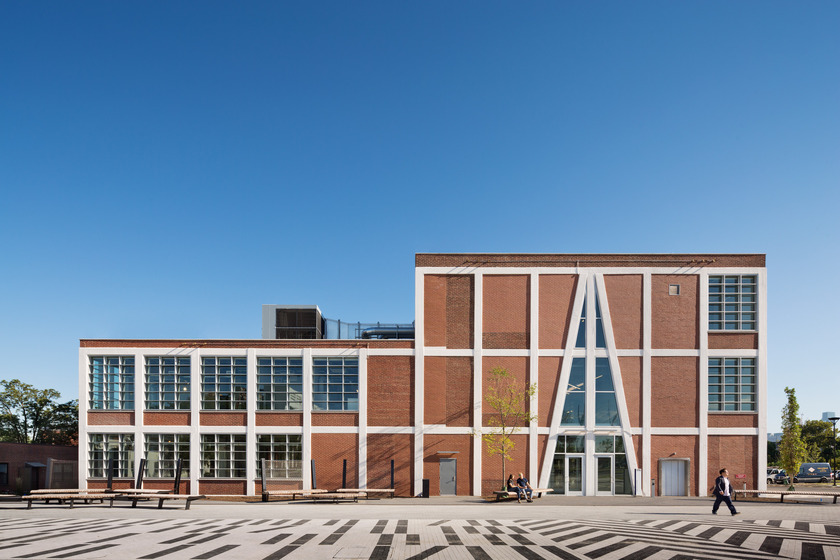 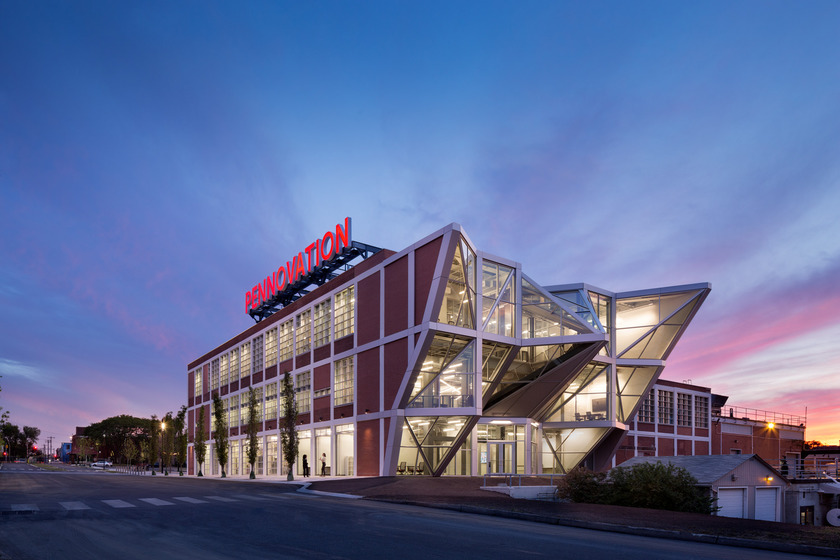 The University of Pennsylvania’s Pennovation building involves the full renovation of an existing early 20th century paint factory located on the south bank of the Schuylkill River in Philadelphia’s Gray’s Ferry neighborhood. Derived from the desire to provide a space where researchers and entrepreneurs can interface to see their ideas realized, Pennovation exemplifies Philadelphia’s commitment to global innovation and sustainable design.

Achieving LEED Gold certification, the center, a former brick and mortar factory, transforms an industrial site into a hub of innovation for cutting-edge ventures.

Atelier Ten was involved in the earliest stages of design working with the project team and stakeholders to identify the proper massing and programming for the building. During the early design phases, Atelier Ten focused on optimizing the facade by designing the appropriate wall assembly and glazing to increase thermal performance of the wall. With additional insulation added to the existing masonry facades, significant portions of the existing walls were retained while improving energy efficiency. The facade design ensures ample daylight in the perimeter and core spaces, while also reducing solar insolation loads on the east, south and west facades.