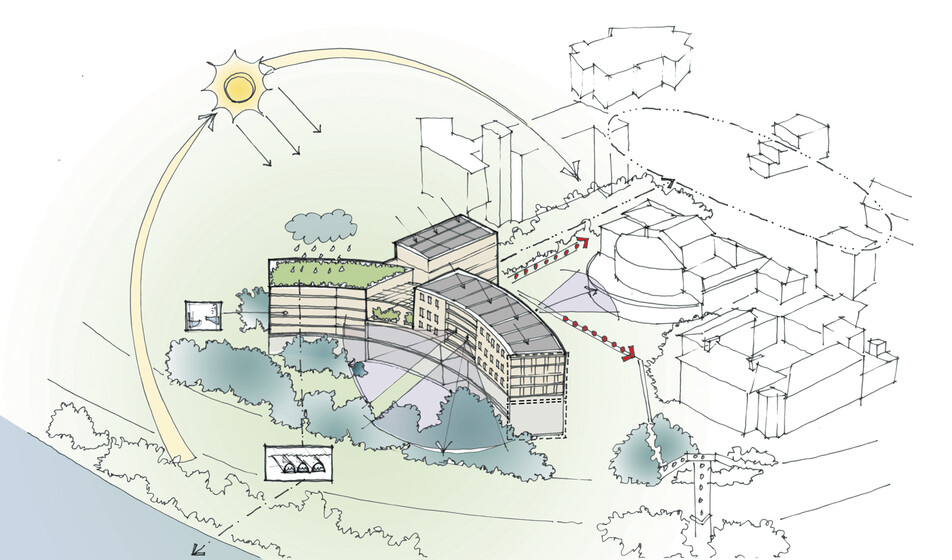 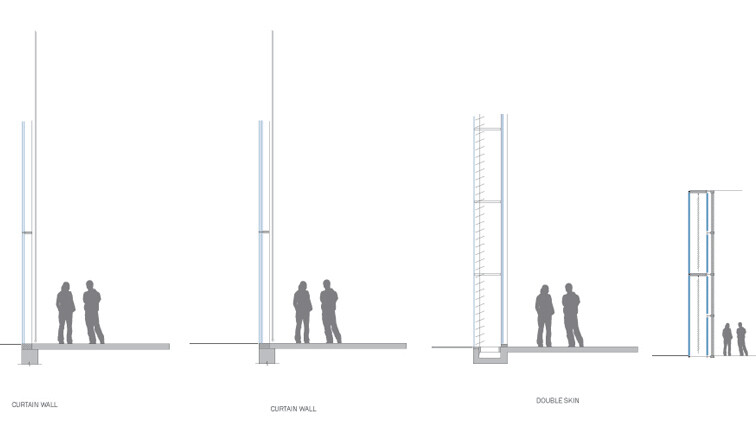 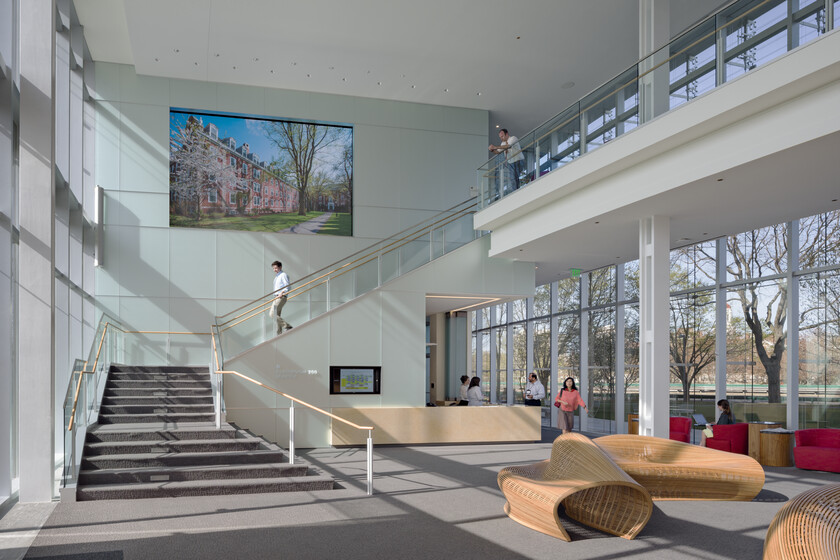 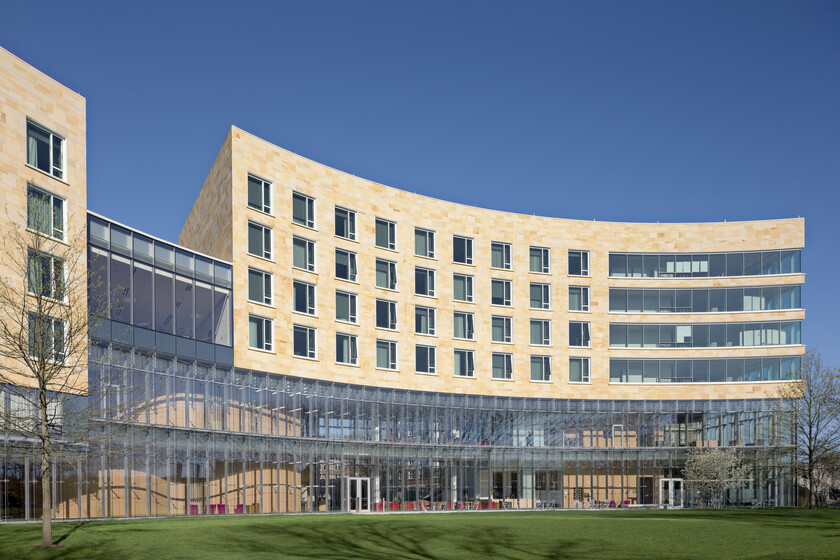 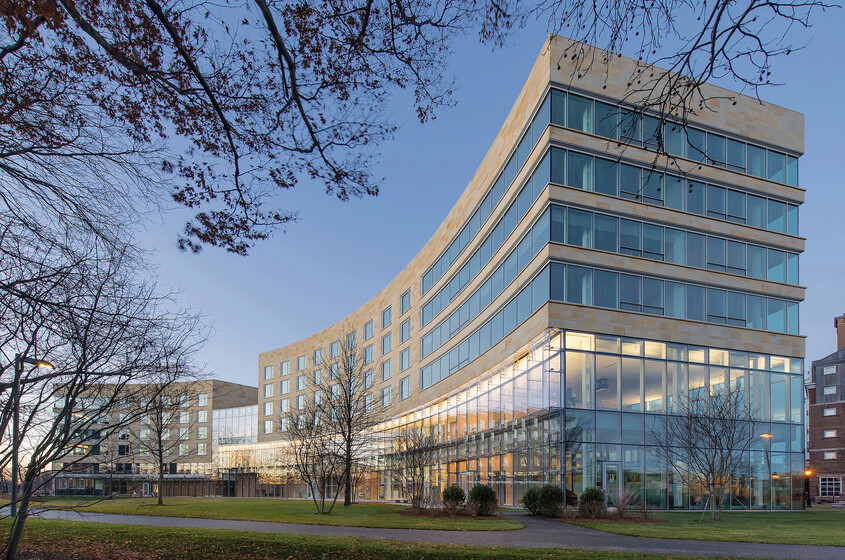 As the first new construction building in the expansion of the Harvard Business School (HBS) campus, Tata Hall is designed to reduce energy consumption by more than 40%. During the design phase, HBS selected Atelier Ten for Verification services as part of the project’s pursuit of LEED Platinum.

As the first part of the expansion of the HBS campus (for which Atelier Ten developed the overall sustainable masterplan), the Tata Hall Executive Education dormitory project helps test and define HBS’s sustainable design standards for the future expansion. Situated along the Charles River, one of the key aspects of the design was to maintain the visual connection from the campus to the river, connecting occupants with the natural world. Atelier Ten helped to design the transparent two-story double-skin façade curtain wall that enables a visual connection while enhancing the thermal comfort within the space and reducing overall energy consumption. To support occupant health and comfort, the bedrooms include natural ventilation with a window switch that shuts down the heating/cooling/ventilation system if the window is open. A masterswitch is installed in each room to provide residents with the ability to effortlessly and expediently turn off all electronics not in use with just one flip of the switch. The innovative aspects incorporated into the Tata Hall design are expected to reduce energy consumption by more than 40% and reduce water consumption by almost 50%.

To ensure that these project energy goals were realized, Atelier Ten provided Verification Services. Studying water and energy usage patterns in detail, Atelier Ten helped to identify key lessons learned, which HBS will then incorporate into the remainder of their campus expansion. Atelier Ten’s Verification Services benefit Tata Hall’s building operations staff by providing them a greater understanding of how each design feature contributes to overall building performance.