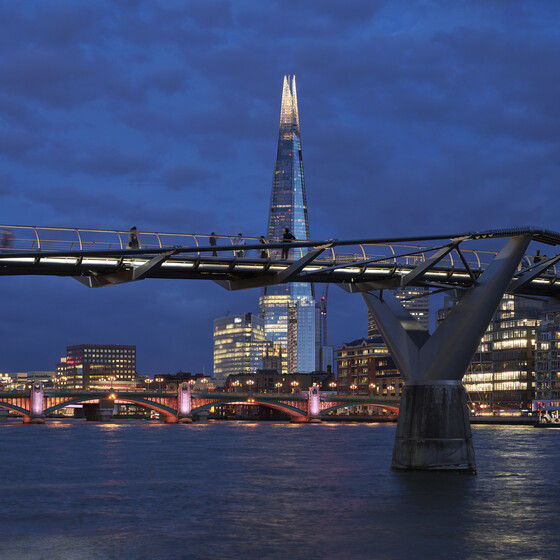 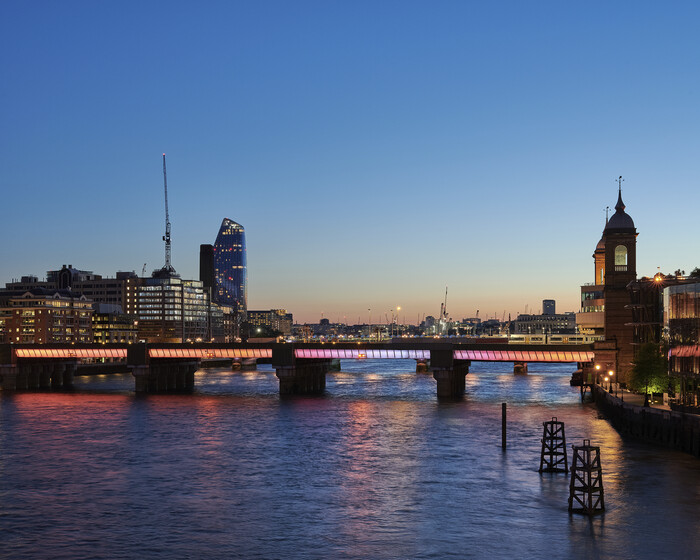 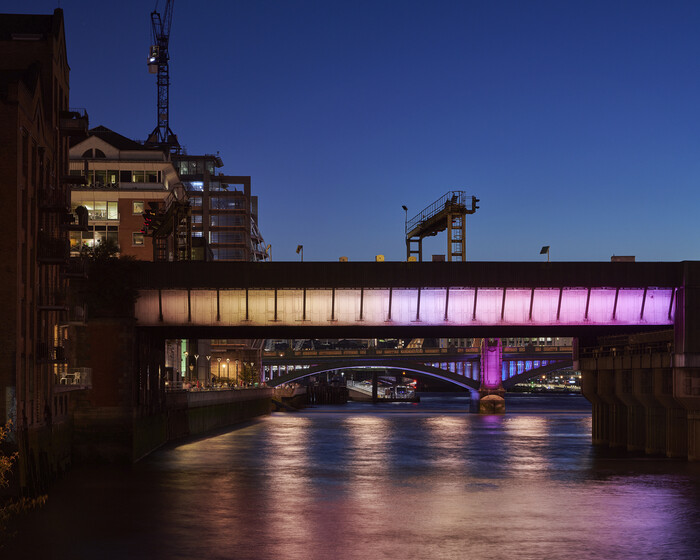 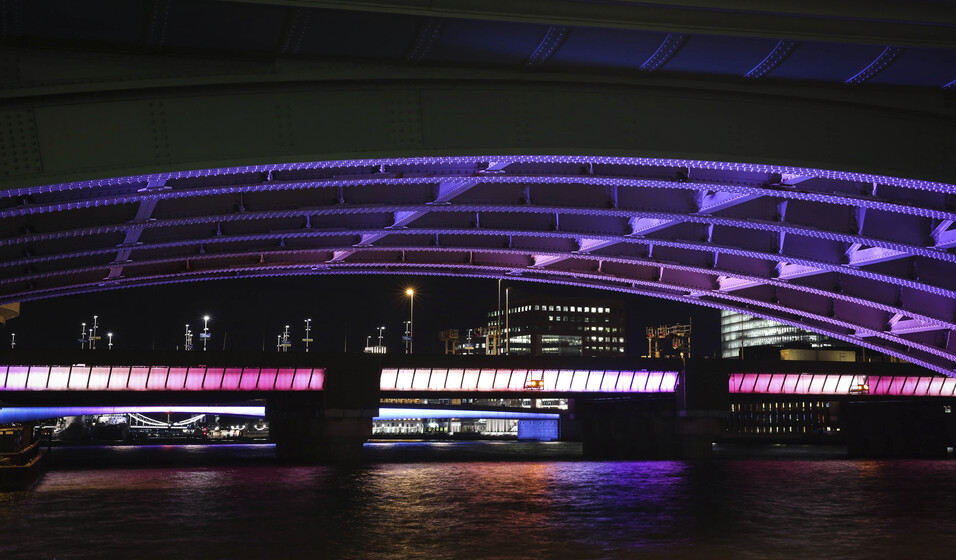 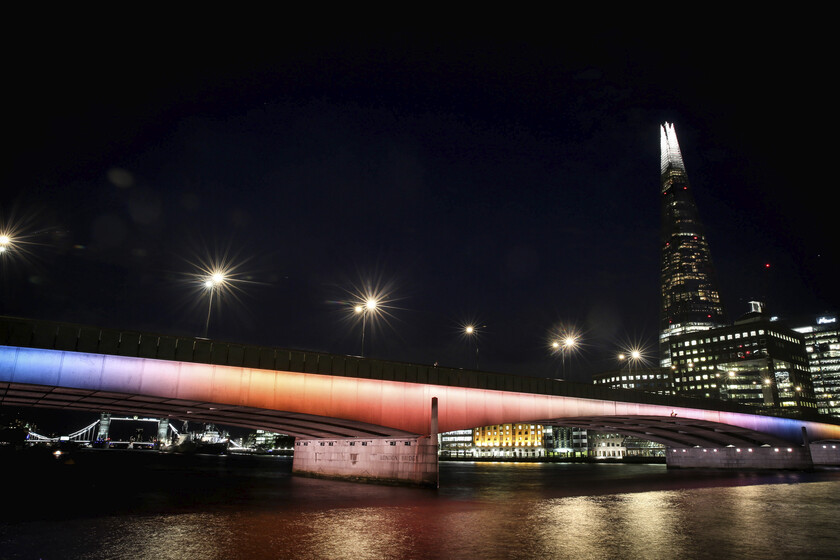 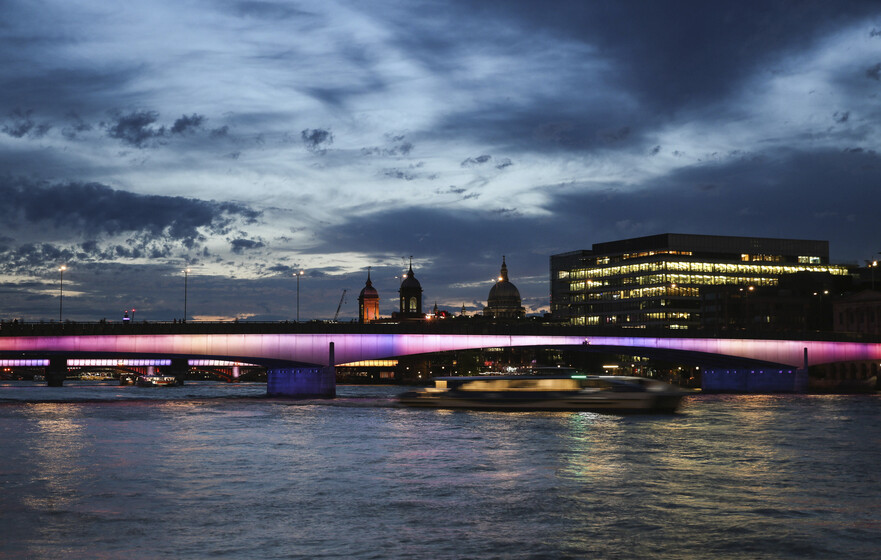 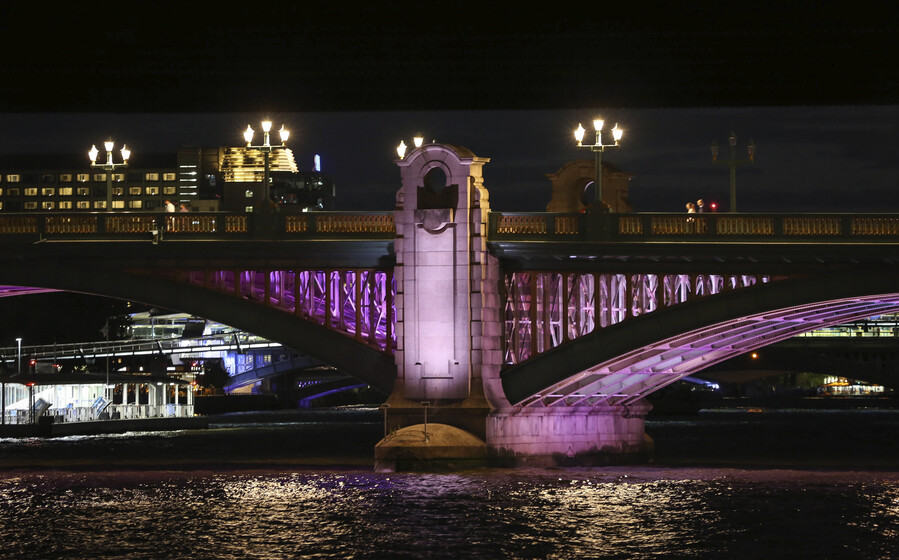 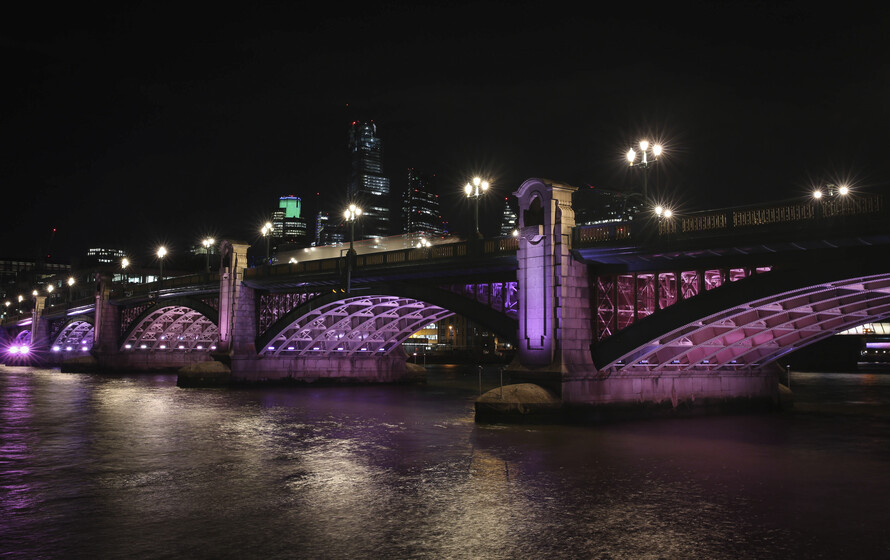 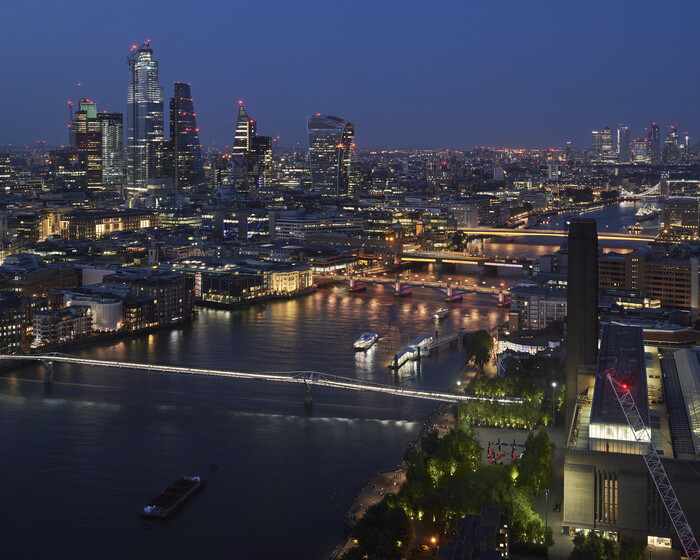 Working with New York artist Leo Villareal and renowned London architects Lifschutz Davidson Sandilands, we are enlivening 9 bridges on the Thames with dynamic lighting. Covering 2.5 miles in length, it is the longest public art commission in the world.

The Illuminated River is a long-term public light art installation which illuminates 9 bridges through the centre of London. The first phase of the project was completed in 2019 consisting London Bridge, Cannon Street Rail Bridge, Southwark Bridge and Millennium Bridge. The second phase of five bridges from Blackfriars to Lambeth launched in April 2021.

The project reframes the Thames at night, offering a cultural experience that is open air, free to view and accessible to all. An estimated 90 million people a year will see the artwork over its minimum ten-year lifespan.

The project was an ambitious undertaking requiring the team to submit 30 planning applications, 18 listed building consents and liaison with 14 stakeholders. To support the applications, we carried out an innovative and extensive luminance survey of the existing bridges and their surroundings. Our luminance surveys covered the entire length of the river between Albert Bridge and Tower Bridge (4.5 miles), the first luminance survey on this scale and of this context. Using a calibrated camera and specialist analysis software we produced a calibrated luminance record of both banks of the river documenting the brightness distribution of the bridges and their surroundings.

The survey enabled us to target a luminance level for each bridge; sufficiently bright that the bridge will be seen against its background whilst not overpowering neighbours or views of landmarks. In turn, this target light level informs the selection of lighting equipment and ensure minimum energy usage and spill of light. On bridges which are currently lit, our selected fittings and the artist’s software which controls the light patterns have reduced energy consumption.

An illuminance survey was also undertaken along the surface of the river itself which identified that spill light from previous bridge lighting was in some cases exceptionally high. As a potential concern to ecology, Atelier Ten set about designing the new lighting scheme to reduce such illuminance levels at the river surface. As a result, custom shields were developed which with the help of abseilers were adjusted on site to cut spill light from falling onto the water. While the scheme is a stunning dynamic piece of lighting art, the design behind it has been carefully and subtly crafted to be both respectful and sensitive to the bridges and their surroundings.

The lighting design deliberately uses a limited pallet of addressable LED luminaires for ease of maintenance and best value procurement. The design was developed on the basis that all installation would be by abseilers so bracketry design had to be robust and simple.

A PC-based control system was developed using custom made artist’s software to produce the dynamic ever-changing artwork. A network was installed to allow content to interact between bridges. Eventually there will be over 200,000 DMX addresses serving 23,000 luminaires. While the scale of the project is exceptional in itself, where the project excels is in its degree of environmental sensitivity. The aim from the outset has been for the scheme to sit sensitively within its surroundings.