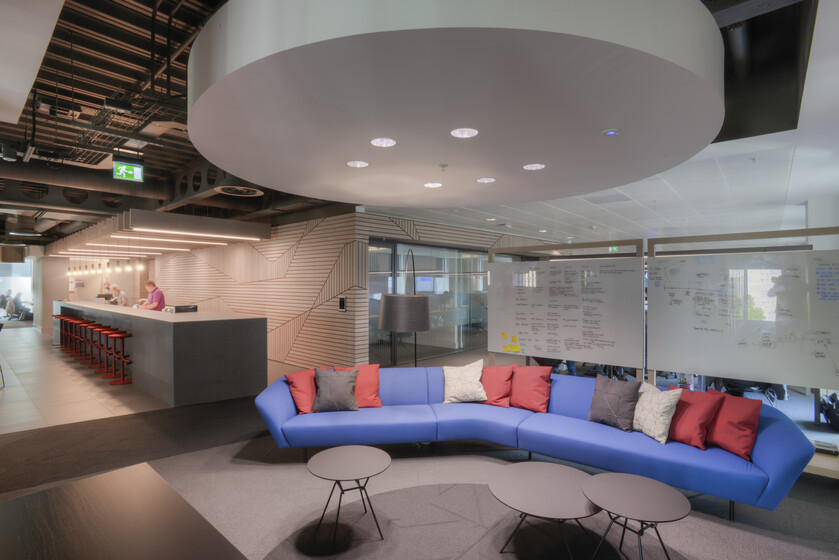 Atelier Ten have garnered awards from the BCO, RICS, and Scottish Property

Winning so many awards in such a short amount of time comes with its problems. The weight of these awards, all won in the past year, have taken their toll on our office furniture.

We are delighted that our buildings have done so well in this year’s awards. Registers of Scotland began the deluge with a BCO award for Fit Out of Workplace Scotland. Marischal Square was up next, highly commended in the Commercial Development category. The RICS awarded St Cecilia’s Hall, University of Edinburgh with the Building Conservation award, and Marischal Square won the Regeneration award. Not stopping there, Dunfermline Carnegie Library and Galleries won the RICS Community Benefits award and the Hawkhead Centre, Paisley, was highly commended by the RICS under Design Through Innovation.

At this point our awards cabinet was already straining at maximum capacity. And that’s when it happened. Marischal Square won the Ryden Development of the Year award and was highly commended for the RSM Architectural Excellence award at the Scottish Property Awards, the Inverclyde Association for Mental Health won the Health Project of the Year at the Scottish Design Awards and finally Registers of Scotland won the National BCO Award in October. Our cabinet couldn’t take it anymore.

Read more about our projects here, while we install our new larger awards cabinet.