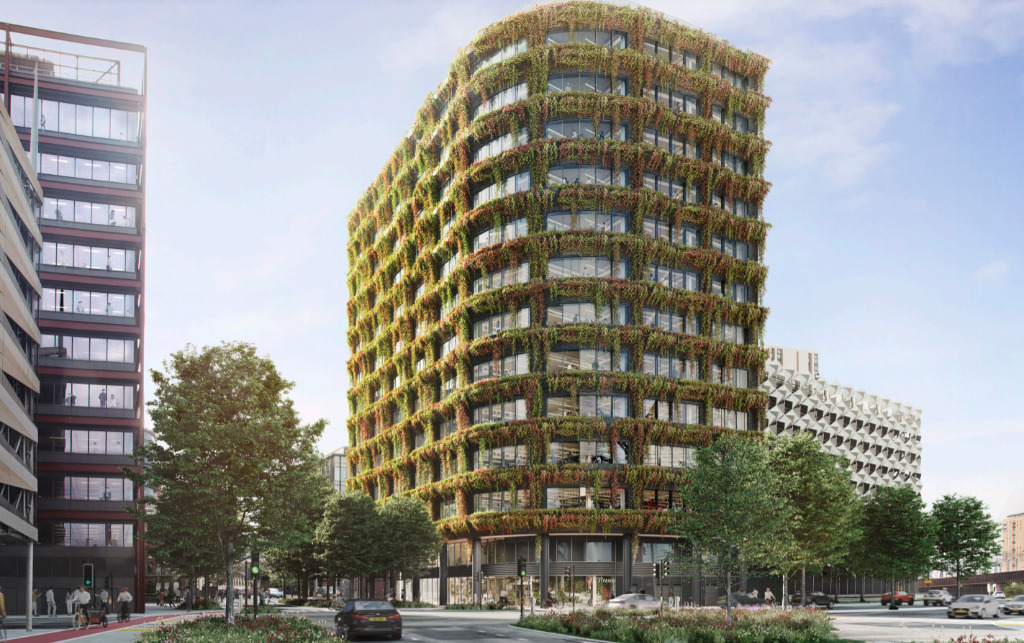 The latest office scheme at New Bailey from English Cities Fund would be built on plot A3 of New Bailey, on the corner of Trinity Way and Irwell Street. Atelier Ten are delivering the lighting, vertical transportation, and MEP engineering for the proposed Grade-A speculative office, which forms part of the wider New Bailey development. The key drivers for the project include aspirations to become Net Zero Carbon, whilst maximising occupant health, wellbeing, and productivity.

The office will have net zero operational carbon, with the living wall removing air pollutants such as carbon monoxide and reducing urban temperatures while also offering thermal benefits to occupiers and improving the area’s biodiversity.

The fossil-fuel-free building will also be run solely on ‘100 per cent good-quality renewable electricity’ and the team has committed to the new NABERS UK rating scheme to measure the scheme’s operational performance as well as being on target to achieve a BREEAM Outstanding rating.

Atelier Ten are delighted to be one of the delivery partners for Nabers UK. This new scheme for rating the operational energy efficiency of UK offices will provide greater visibility of actual energy use.