As Gardens by the Bay celebrates its 10-year anniversary, we delve into the science behind the tropical garden city‘s landmark form, which make it a lasting global exemplar of sustainable design, a decade on today.

Over the years, people have often asked us whether such a significant project which hosts artificial environments in a climate like Singapore’s can ever be described as sustainable.

We are frequently faced with a brief that seeks sustainable outcomes from a project with a predetermined purpose. As environmental designers, it is our responsibility to make the most of the resources at our disposal, and to proactively seek out and initiate virtuous cycles, so that every project can benefit the local environment in an optimum way.

With Gardens by the Bay, we were faced with the design challenge of maintaining light levels for the plants housed in the two giant biodomes, while minimising solar heat gain – in order to recreate the cool dry conditions of the Mediterranean springtime, and the cool moist conditions of tropical mountain regions.

In response, we developed a series of innovative strategies, that sit beyond Gardens by the Bay’s iconic exterior, and that enable the park to run in the cleanest way possible. 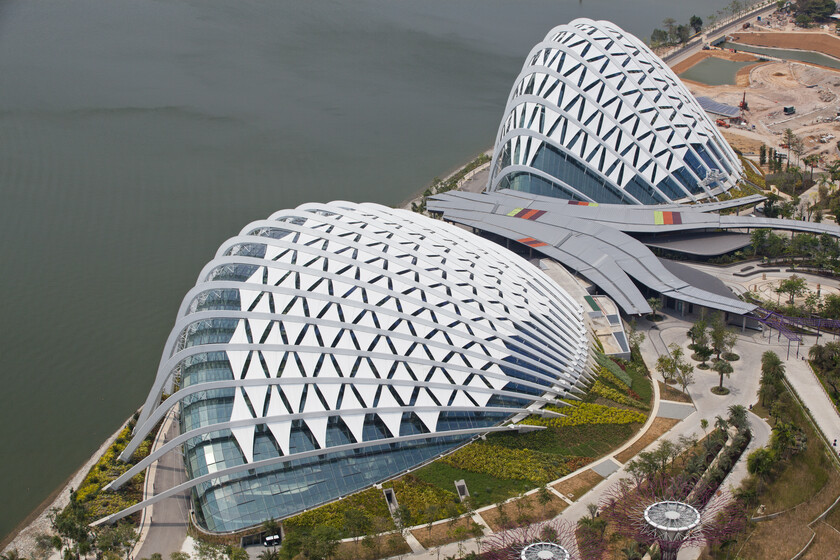 Firstly, the envelope design uses selective glazing to control radiant transmission and surface temperatures while retractable external shades modulate daylight levels. The form of the biomes follows the efficient geometry of a hyperbolic curve enclosing a large volume within a relatively small surface area. This creates a stack effect which draws heat up and stratifies air within the space so that only the lower occupied zone is conditioned, significantly reducing cooling loads. 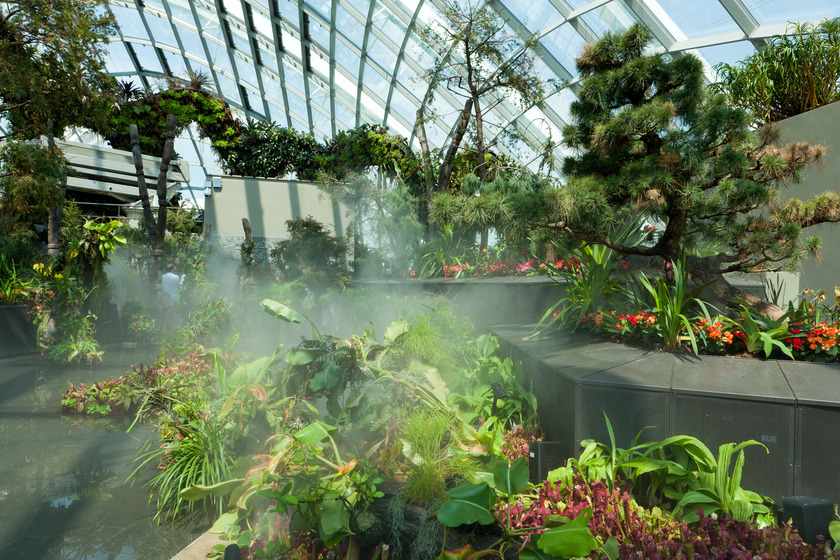 Secondly, the conservatories and gardens are designed to be symbiotic through the interaction of energy and water processes. Waste timber collected from the pruning of Singapore’s street trees feeds a biomass CHP plant in the central energy centre that powers, cools and heats the biomes which is then fed into chillers which supply chilled water to the biomes. 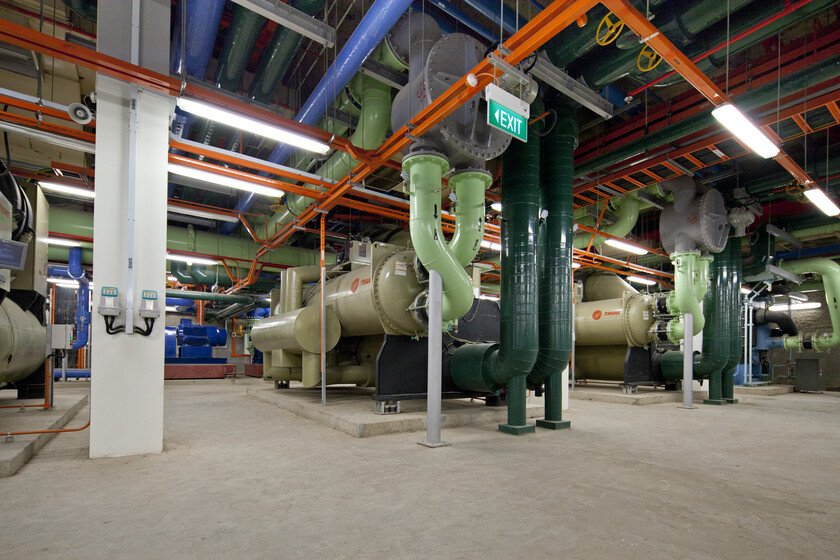 Furthermore, the water strategy was critical because the site adjoins Marina Bay which is a freshwater reserve. Water retention, conservation and purification were major drivers for the masterplan design and rainfall within the site catchment is filtered and cleansed of the high content of nitrogen, phosphorous and suspended solids arising from the gardens prior to discharge into the marina reservoir.

Located on the city’s waterfront, Gardens by the Bay comprises 54 hectares of landscaped gardens, and alongside the two cooled conservatories sit eighteen dramatic ‘supertree’ structures, supporting vertical gardens. However in this project, we feel the environmental strategy really does match the magnificence of the architecture, in its ambitions.

For us, Gardens by the Bay is as much a lesson in the power of collaboration, as it is a lesson in reaching new engineering feats. It is one of those truly great projects, which can only result from great team collaboration – between the designers, builders, and clients, with each understanding the other’s roles and specialisms, right from the very outset. We look forward to its ongoing legacy, for Singapore, for all those who brought it into being, and as a ground-breaking global carbon neutral scheme.