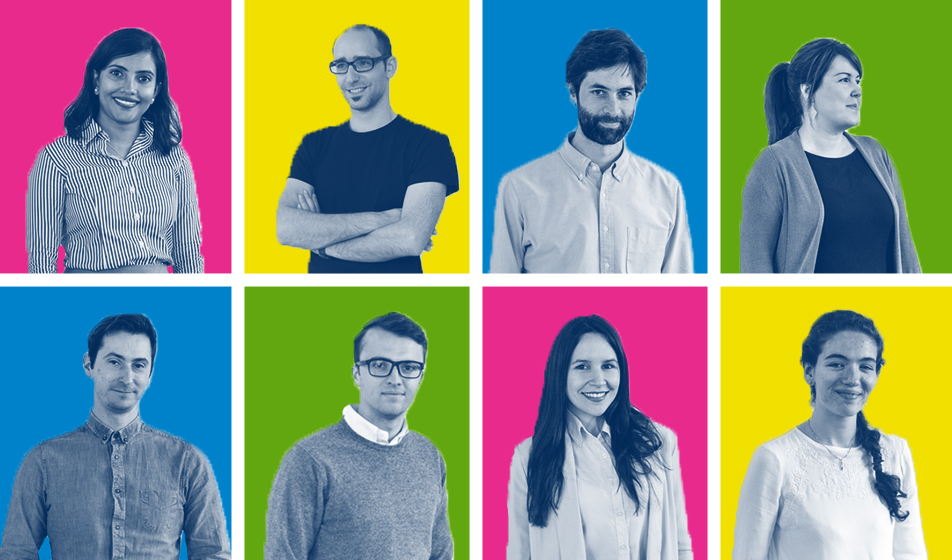 Recent promotions in the London office have fortified our team ahead of the World Cup this summer.

Gita joined Atelier Ten in 2014 after several years of experience in the UK, New Zealand and Australia. Being part of the building services team, Gita enjoys the challenges of solving technical issues with peers and interacting with other members of the delivery team. She has worked on projects large and small at Atelier Ten including the Royal Academy of Music, Google’s Headquarters in London, and Bee’ah Headquarters. She currently is the Treasurer for CIBSE Home Counties North West and is passionate about helping younger engineers attain full membership status. On her times off and during the weekends, you’ll find Gita watching New Zealand rugby and travelling around Europe.

Ioannis has more than 12 years of experience in the simulation-supported design process. Using his background in mechanical engineering, he has helped develop Atelier Ten’s design expertise and standards. Since joining Atelier Ten in 2013, Ioannis has worked on everything from small, boutique projects to large masterplans. His favourite projects include the Hyundai Pavilion at the 2018 Winter Olympics, the Natural History Museum’s Ground Redevelopment project, and the QEZ Gateway masterplan in Qatar. Ioannis also lectures at the Architectural Association and is a board member of the International Building Performance Simulation Association. He rises above any discussions about national football teams, and in his spare time enjoys walks in the country, playing music and capoeira.

After completing an MArch in Sustainable Environmental Design, Pablo joined Atelier Ten in 2015. Since then, he has improved his knowledge in various areas of sustainable design, including energy and daylighting modelling. He has helped develop new areas of expertise within the company, such as Life Cycle Analysis, healthy building materials and benchmarking. Pablo has gathered an array of qualifications including BREEAM assessor, Home Quality Mark Assessor, LEED AP and is a Chartered Environmentalist with the Energy Institute. He is a member of the glorious Atelier Ten football team and is pretty confident Spain will win the FIFA World Cup again this year.

Susan has been with Atelier Ten since graduating from Heriot-Watt University with a Masters in Architectural Engineering in 2008. She has spent time in both the environmental and engineering teams; this experience has put her in perfect standing for her current role in the Revit team. Susan has successfully led a number of Revit projects, playing a vital coordination role. Susan is very much looking forward to this summer’s World Cup and, at time of writing, is 164 stickers away from completing her Panini album.

Alister joined the fast paced and energising team at Atelier Ten back in 2015. Three years in, he has kept up the pace, grown as part of the team and has helped develop our brand and visual style. Communication is Alister’s true passion. He brought this zest for communication to the first international graphics knowledge exchange, focussing on how we share the engineering story of our projects with our clients. Alister strives to let the world know about the amazing things Atelier Ten thinks and does. Alister enjoys supporting Matabeleland in the CONIFA World Football Cup.

Michael joined Atelier Ten in September 2015 as a Graduate Mechanical Engineer, having completed a Masters in Mechanical Engineering at the University of Leeds. Since joining, Michael has worked on a range of projects including the Technopark of Sberbank, in Moscow, and the event space The Deck, at the National Theatre in London. More recently, Michael has been gaining experience in BIM, working within our Revit team. Michael has also enjoyed the opportunities outside of the office, taking part in the BCO Nextgen competition, “Imagining the office of 2035”, and playing football and softball throughout the summer.

Andrea joined Atelier ten in 2015, and through her work with us has built upon her studies in sustainable engineering and business management. Her expertise involves energy modelling, thermal comfort analysis and HVAC systems design. Andrea has enjoyed liaising with the design teams to coordinate and integrate solutions on CAD drawings and BIM models. Outside of work she enjoys salsa dancing.

Jess joined Atelier Ten in 2017 after completing her Masters in Mechanical Engineering. Since then she has gained experience in sustainable, mechanical design across a variety of projects, such as Hackney Road, the Fitzpatrick Building, and Lancer Square. She’s furthered her knowledge of a wide range of topics while organising weekly CPD presentations for the London office. Jess is a keen choral singer and performed last month in Walthamstow Assembly Hall with her choir.