The Theatre for a New Audience (TFANA) opened its doors at the end of October and immediately began receiving critical acclaim for its current production of A Midsummer Night’s Dream. Atelier Ten is proud to be credited as the Sustainability Consultant for this LEED-silver targeted theatre building, whose mission is to develop and vitalize the performance and study of Shakespeare and classic drama. 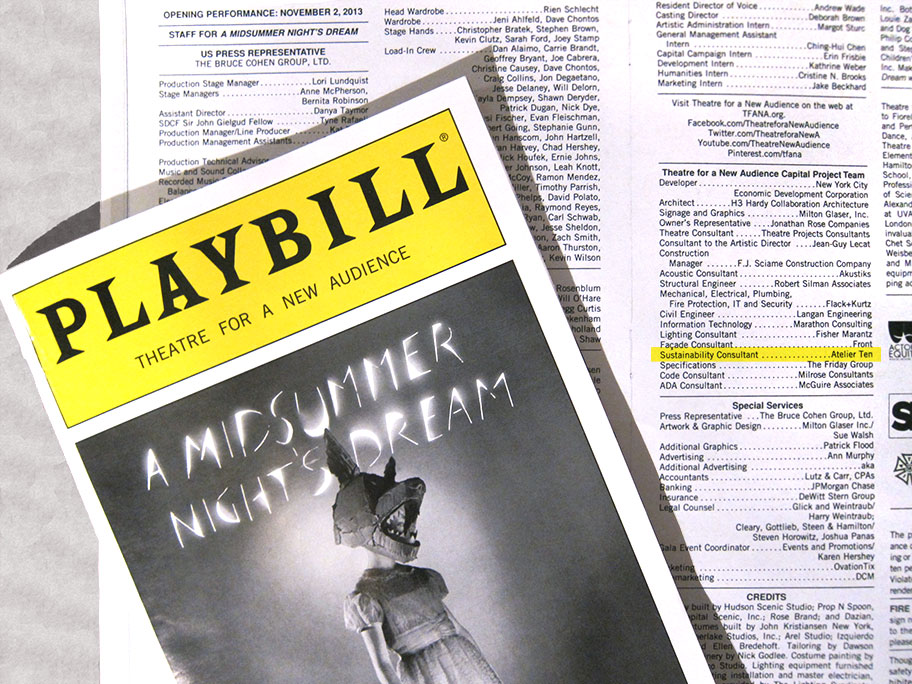