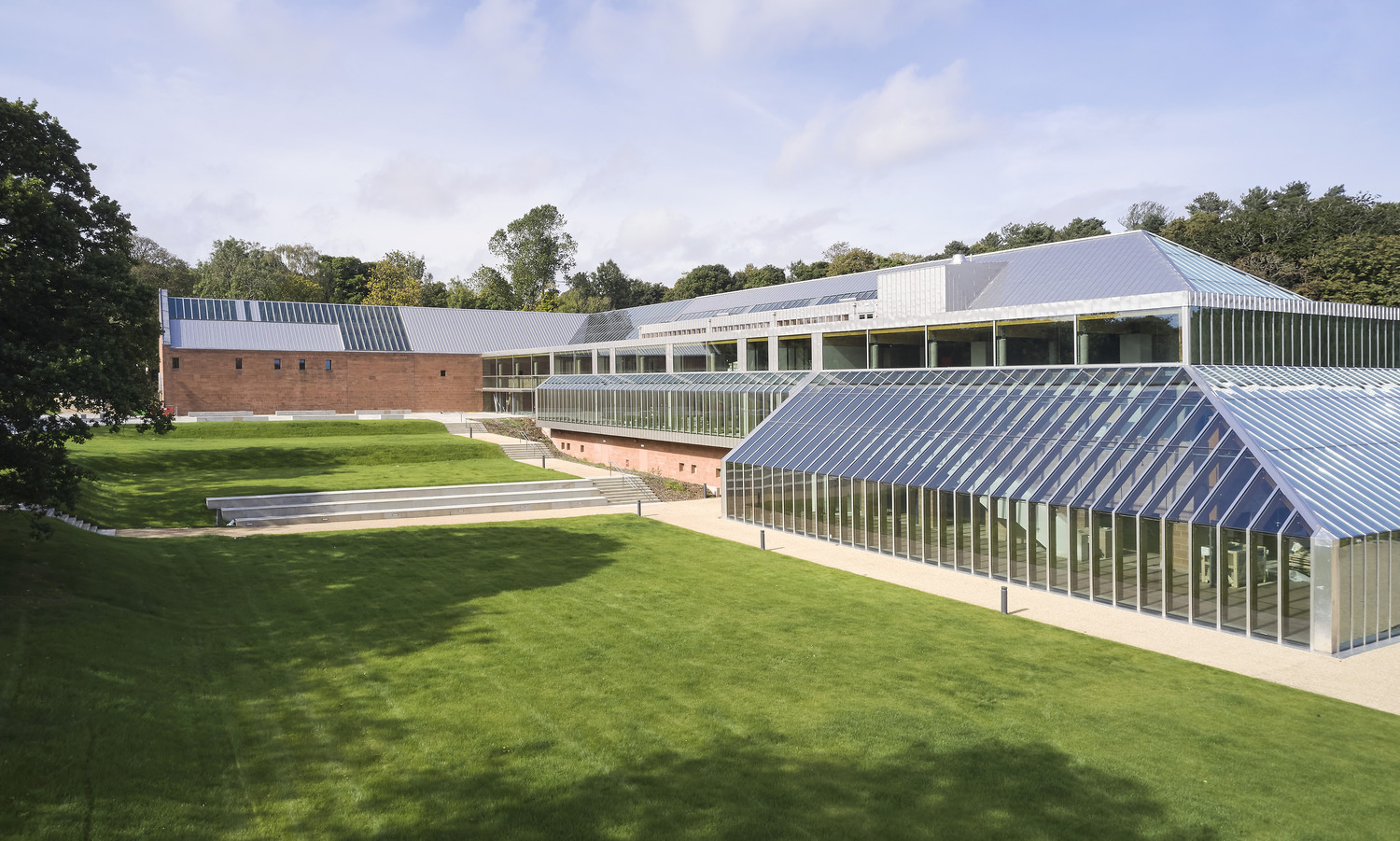 The Burrell Collection, Glasgow reopened its doors on the 29th March. The project had improvements in environmental performance as a key aim since inception. Atelier Ten collaborated with John McAslan + Partners and Arup to sensitively rejuvenate the museum and reduce its carbon footprint by 70%.

One of the project’s principle aims was to improve the building fabric so reducing the demands placed on the energy systems in the museum. The two greatest fabric elements forming The Burrell Collection’s protective jacket are glass elevations and the flat roof, and this is where the most significant improvements could be made.

The Burrell Collection historically also suffered solar gain in the summer months through the glazing making some parts of the building, including the café, uncomfortably warm. The new glazing stops unwanted heat coming in, reducing the demand on cooling systems in summer.

The refurbishment project has also made the building more air and water-tight. These improvements reduce demands on the heating and cooling system. It is estimated the peak heat load has dropped by 50% due to building improvements and cooling demand has reduced by at least 20% due to the solar protection measures taken.

Methods of reclaiming waste heat have been pursued through the installation of heat-reclaim chillers that produce the cooling and dehumidification for the building, cooling the air or removing moisture. The Burrell is unique in that there will be spaces requiring cooling whilst others require heating. For example during a crisp spring or autumn day the café could be in cooling mode as the afternoon sun warms the interior, but at the same time, the northern gallery could be drawing space heating. The heat-reclaim chiller can provide the cooling into the café and in the process remove the heat and pass it on to the northern gallery. The controls have been programmed to allow this approach as well as warming stored domestic hot water. A thermal battery has also been installed to store reclaimed heat in the event it isn’t immediately needed. Innovative heat-pipe heat recovery technology will transfer heat in the waste air from the heat generator room (by nature a warm space) onto the supply air stream for the entrance to the building.

Heating and cooling is delivered through large Air Handling Unit (AHU) plant. This plant incorporates mixing boxes as well as high efficiency thermal wheels. This ensures that most of the heat in the ventilation air stream is recovered and passed back into the supply air. Heat recovery efficiency is typically up to 80% when the thermal wheel is in operation and 100% when the mixing box is in full recirculation mode, a scenario which will occur sporadically during the day and continuously at night. This means that most of the energy added to the building is recycled during the air conditioning process.

In mid-2021 the United Kingdom Government laid out their strategy for hydrogen gas transformation. The Burrell Collection’s systems have been designed so that as alternative supplies are identified, the building can become even greener than it already is.

The sustainable interventions are not limited to inside the building – the roof contains a vast array of Photovoltaic panels, 384 of them producing 140kWp of electricity. These panels produce zero carbon electricity on site, feeding the electrical systems within the building. In order to make the most of these panels, a new 250kW battery absorbs electrical charge either via the photovoltaic panels or the national grid. Electricity from the panels is absorbed when the building doesn’t need the energy, whilst electricity is taken from the national grid when tariffs are low. The battery then feeds the electric buses in the car park.

These energy performance interventions are backed up by an enhanced energy metering strategy formed of over 80 unique energy meters, all of which are linked into the digital building management system. From this, the worlds leading building performance software company – Glasgow based Integrated Environmental Solutions – are linking the data to a three year post-occupancy review to drive even better performance.

The aim is to make The Burrell Collection as sustainable as we could foresee while planning this refurbishment in 2016.

We hope the project will ultimately receive a BREEAM excellent rating, one of the first museums (if not the first) in the UK to be recognised this way.