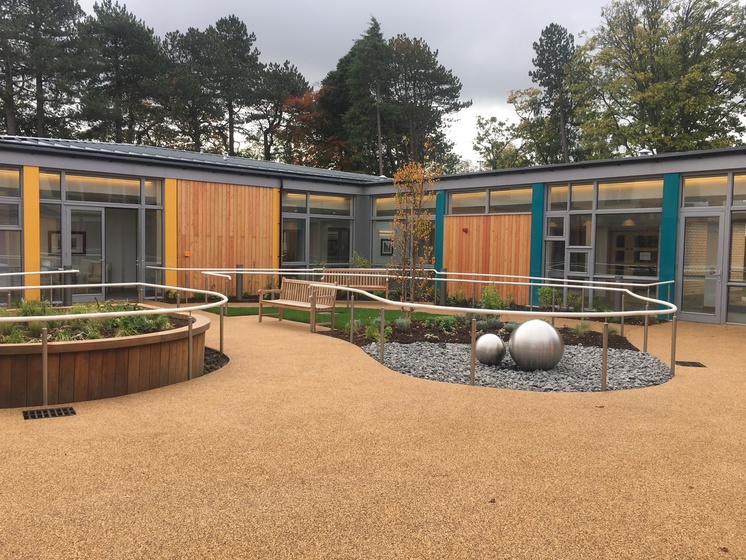 Atelier Ten are delighted to have provided the building services design for two fantastic new centres for visually impaired people which have officially opened in Paisley.

The Royal Blind charity has built Jenny’s Well, a specialist 54-bedroom residential nursing home for visually impaired older people, in Hawkhead Road, Paisley. Its sister charity, Scottish War Blinded, has also built the Hawkhead Centre – a state-of-the-art daytime activity centre for veterans of the armed forces with sight loss, on the same site. Scottish War Blinded supports veterans regardless of how and when their vision impairment happened. Nearly 100 military veterans have already signed up to use the Hawkhead Centre and 11 residents of Jenny’s Well will start moving in to their new home from this week.

Jenny’s Well is designed to be a “home-from-home” – the specialist facility reaches two storeys and is spread across four inter-connected pavilions, which have a sensory garden at its core. The Hawkhead Centre is fully accessible and has been designed so that Scottish War Blinded members – of all ages – find it easy to remember and navigate. Facilities include a sports hall, specialist arts and crafts workshop, an IT suite, a rehabilitation room and a peaceful garden room to promote relaxation.