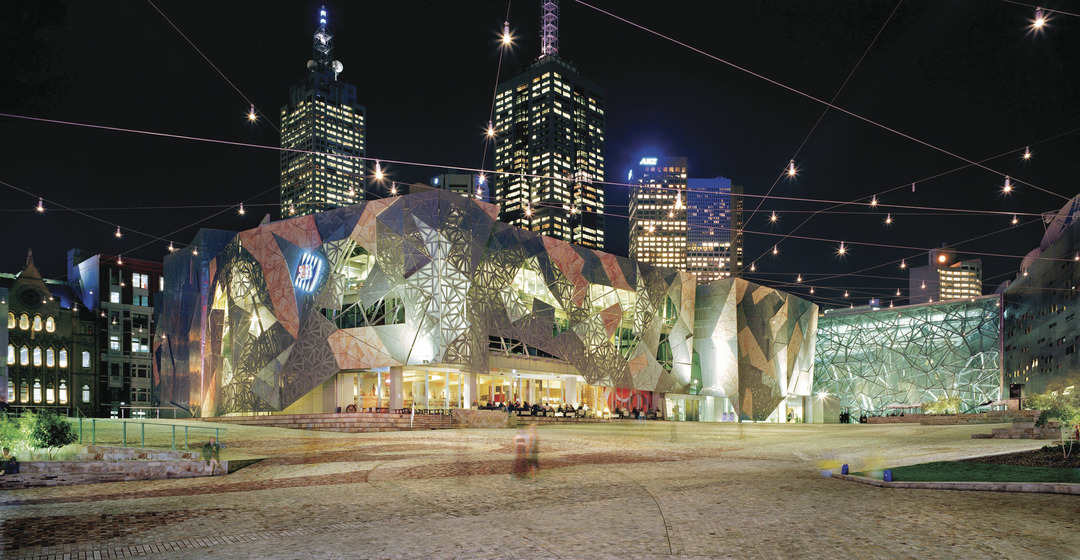 Building on 15 years of working in the region, we have grown our presence in Australia with the opening of an office in Sydney in late 2013. Led by Director Paul Stoller, long a leader of Atelier Ten’s US business, we believe the company is now better placed to meet the growing demand across Australia for environmental design services including environmental master planning, façade optimization, daylight design, energy and thermal comfort modeling, and benchmarking with Green Star and NABERS. Moreover, we are pleased to be working on some of the largest and most ambitious recent and current projects in the country and the region, a tradition dating back to the practice’s work over fifteen years ago on Federation Square.

Our first project in Australia, Federation Square, pioneered layered and double-skin facades in the Southern Hemisphere. The entire complex, which recently celebrated its 10th anniversary, continues to rely on its innovative thermal labyrinth for passive heating and cooling of The Atrium and the reception areas of the Ian Potter Center: NGV Australia and the Australian Centre for the Moving Image. The thermal labyrinth admirably weathered early 2014 heat waves (four consecutive days over 40°C) and kept the atrium and other public realm at a relatively cool 28°C with no refrigeration. 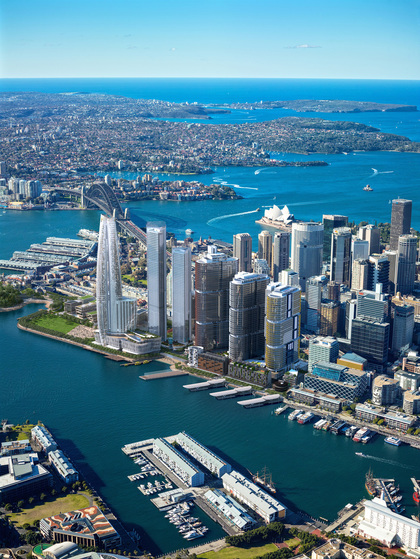 Designed from the inside out, the South Australian Health and Medical Research Institute (SAHMRI) building was shaped to connect researchers to each other internally and to the city of Adelaide by means of panoramic views from all of the research areas. Atelier Ten helped develop the externally shaded façade, which brings in ample daylight without solar heat gain while maintaining a highly transparent façade. The Australian Prime Minister formally opened the building in late 2013, which is now filling with leading researchers drawn from around the world. The Institute, which has garnered wide recognition within Australia, is on track to earn a LEED Gold rating.

A more sustainable future can be created with the built legacy of past generations, as Atelier Ten is helping realize at Tonsley Park in Adelaide. There, former car factory buildings are being transformed into a new business, academic, and eventually residential neighborhood centre. We have helped design the new roof and walls of the old Main Assembly Building to create a comfortable year-round microclimate for the new work and learning buildings to be built within. The new roof, which provides ample daylight to the buildings below while cutting out most direct solar gain, also is topped by one of Australia’s largest building integrated photovoltaic (BIPV) arrays.

Built along a stretch of former industrial waterfront in central Sydney, the Barangaroo development will set a new benchmark for sustainable living by becoming Australia’s first carbon positive, water positive, waste neutral community. We are working with Lend Lease, the developers of the Barangaroo South portion, to guide that project through the newly developed Green Star Communities benchmarking tool. The Communities tool pushes the boundaries of measuring social sustainability, and the team has tapped Atelier Ten for its expertise in reliably guiding very large and environmentally ambitious projects to the highest ratings in bespoke or new benchmark systems.

In addition to our direct contributions to a more sustainable built environment, the Practice has already engaged widely and regularly with the country’s design professionals. Atelier Ten staff have given talks at prestigious events including the sustainability-focused Melbourne Forum, the ARBS international building services conference, and the Australian Institute of Refrigeration, Airconditioning, and Heating (AIRAH) symposium on The Future of HVAC. We have also been appointed by AIRAH to head an internal working group on Resilient Design and to represent AIRAH on the Resiliency task group of the Australian Sustainable Built Environment Council. Through the Green Building Council of Australia, Atelier Ten staff will mentor emerging professionals in sustainable design.