Atelier Ten have been active in the Middle East for over 20 years having completed some high quality projects in Kuwait, the UAE and more recently Qatar. In addition, we have been working with Qatari Diar for the past four years on a significant project in London, Chelsea Barracks.

A site office was established in Doha in 2012 to provide technical support for Phase 3 of the Msheireb Downtown Doha (MDD) project with three Atelier Ten staff members. More recently, we were appointed to design a new 6* hotel project in Lusail with Zaha Hadid Architects. The UK-based design team has been visiting Doha regularly to support local staff members with the local authority submissions and attending the various technical meetings on site which has been most beneficial. We are also in the detailed design stages for Bee’ah Environmental Headquarters in Sharjah, Abu Dhabi which will require local attendance. With the possibility of an increasing workload in the region, setting up a local office became an attractive proposition. 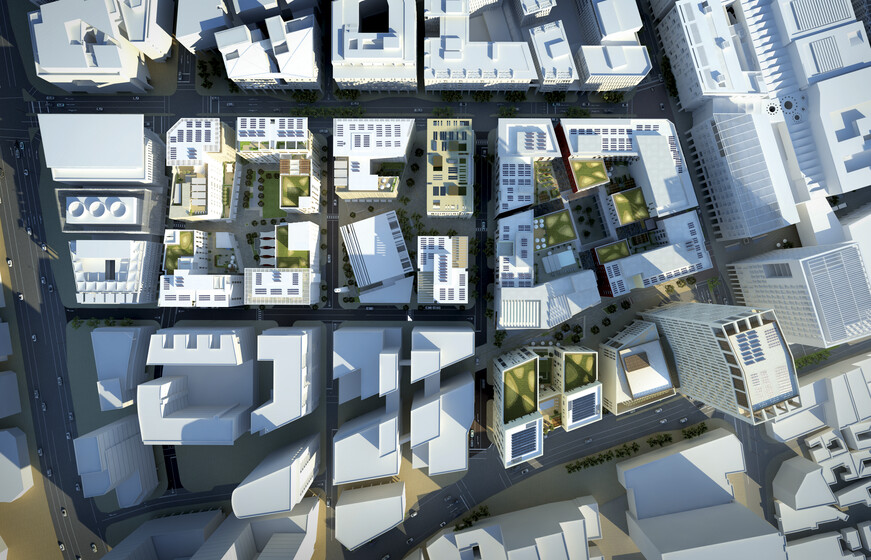 The market and client demand for high-performance green building design in Qatar is on the increase and the Qatar Green Building Council is at the centre of a mini-revolution in the uptake of green building ideas and systems. As a result of our Gold Leaf level involvement in the UK-GBC and association with the World Green Building Council, we hope to establish strong links with the Q-GBC. Qatar, with a forecast GDP of 5.4% for 2014 and a country that enjoys the highest per capita GDP in the world, has embarked on a vast spend to move the country towards a non-hydrocarbon economy. Generally insulated from public unrest like other countries in the region, government spending for 2013/14 is reported to be QR 210bn (US$ 57.8bn). While the exposure of the World Cup and other global events brings focus on Qatar there is an increasing pressure for new buildings to be delivered in line with international environmental best practice. We hope to pursue such opportunities which would be possible with a local office and a more permanent senior presence in Qatar. We therefore resolved in 2014 to establish an office in Doha in early 2015 to serve the region while supporting the MDD project due to complete in 2016.

The influx of global brands to Qatar brings with it a heightened sense of corporate social responsibility that increasingly is audited and tracked for international businesses. All of which presages a more sophisticated approach to the business of environmental design and performance. This is an area where Atelier Ten has been leading the conversation, or at least responding to the conversation for a long time.